The Shepherds – The First

After Mary and Joseph, shepherds were the first human beings to hear of the birth of the Savior.

Because of their work and their living situations, shepherds were social and religious outcasts.  As Pope Francis put it, “They were considered pagans among the believers, sinners among the just, foreigners among the citizens.” [1]

Yet, they were the first to hear the good news of the birth of the Savior proclaimed by the angel.
They responded and went to meet the Savior.  They praised God.  Then shared the news with others.

They lowly people of the land became the recipients and sharers of God’s salvation. 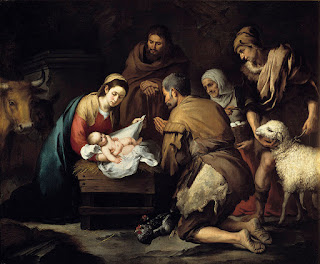 “The Lord is with you”

The angel Gabriel announces Mary’s unique place in God’s loving plan: "Hail, full of grace! The Lord is with you."

With the Son of God coming into the flesh, we now are all given a share in this grace.  We are all full of grace.  The Lord is with us.

The loving presence of God gives dignity to each human person.

How do I view, treat, and present myself as God’s dwelling place?

How do I view and treat others as God’s dwelling places?

May we live in such a way that each human encounter reflects God’s presence in our world.

“I am not…” is not the way that most of us commonly speak of ourselves.

We often emphasize who we are.  And sometimes when I say, “I am…” I might not be truthful, but I would rather avoid saying what I am not.

Unlike most of us, John the Baptist easily admits, “I am not the Christ,” “I am not Elijah,” and “I am not the Prophet.”  He even professes that he is not worthy to untie the Messiah’s sandal strap.

John knows who he truly is because he knows who Christ is. 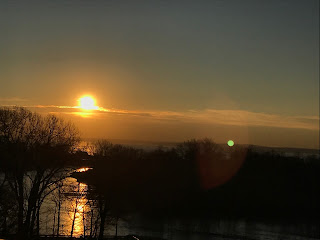 The Gospel of the Son of God

This is just the beginning.  It is to be enfolded and continued.

Interestingly, Mark has the beginning but does not have “the end” of his account of the Gospel.

What enfolded in Jesus’ public life and ministry and his cross continues.

The title “the Son of God” appears two more time in Mark.  First, by the voice from the cloud at the transfiguration identifies Jesus as “my beloved Son.”  Second, when Jesus dies on the cross, the centurion acclaims, “Truly this man was the Son of God.”

The Gospel of Jesus continues in us when our lives are lived and offered for others – as Jesus did.

“In Every Way You Have Been Enriched in Christ”

The Gospel of this First Sunday of Advent includes a parable.  Jesus tells us, “It is like a man traveling abroad.  He leaves home and places his servants in charge.”

“Placing (his servants) in charge” can also be translated as “giving them ability, permission, and liberty of doing as they please.”  In other words, the man gives his servants whatever they need to take his place while he is away.

We are not servants.  We are children of God.

And as children, St. Paul assures us, reflecting on his own calling, “The grace of God has been given you in Christ Jesus, for in every way you have been enriched in him, in speech and knowledge of every kind.  … so that you are not lacking in any spiritual gift as you wait for the revealing of our Lord Jesus Christ.” (2nd Reading from 1 Corinthians)

As we await and prepare for the coming of Christ and the fulfillment of God’s salvation, may we live as children of God, with the grace that has been given us in Christ Jesus.  In this way, we will be the light and hope of Christ in our world. 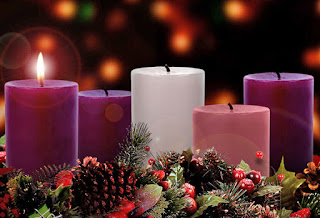