The Romans reserved the capital punishment of crucifixion to slaves.

The Jewish people, following the Law of Moses, consider one who die on a tree a curse.  In the Book of Deuteronomy, “anyone who is hanged is a curse of God” (21: 23).

The one who died the death of a punished slave is now the Victorious King.

The man who was a curse became a blessing for all, as Paul wrote, “Christ ransomed us from the curse of the law by becoming a curse for us” (Galatians 3:13).

The power of God’s contradiction can already be seen in the courage newly discovered by the two disciples.  They, who three days ago ran for their lives, now run toward the tomb – the place of death.  There, they witnessed the victory of God. 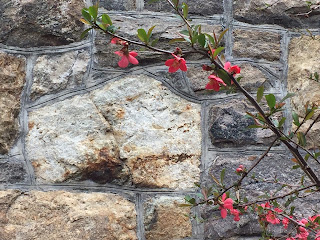